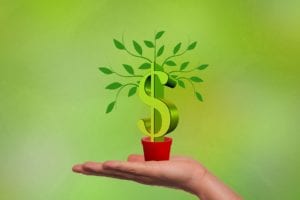 The growth of the US economy in the second quarter was the highest since 2014.

The growth of the economy was facilitated by a decrease in the volume of imports, in particular gasoline.

The growth of the US economy in the second quarter of 2018 was 4.2 percent in annual terms.

This indicator was 0.1 percent more than the initial estimate and became the highest since 2014.

Published on Wednesday, the report of the United States Department of Commerce is the result of a routine review of data, which is conducted as more complete information becomes available.

The growth of the economy was facilitated by a decrease in the volume of imports, especially gasoline, as well as a number of temporary factors that are expected to weaken over time.

One of them is a sharp increase in exports of soybeans, accelerated in connection with the duties that China imposed in response to duties imposed by the Trump administration on Chinese goods.

The growth rate in the second quarter was almost twice as high as in the first quarter. Economists from business publications predict that the average annual growth rate this year will be about 3 percent.