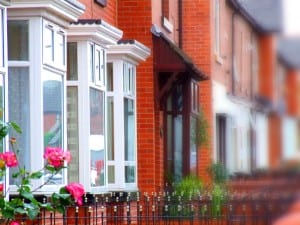 A significantly important step has been taken by the industry of reverse mortgage only yesterday and it was the passing of the Stabilization Bill for Reverse Mortgage.

The Bill can help HUD in making all the necessary changes and alterations to Reverse Mortgage through the HUD Mortagagee Letters instead of the more standard  process for rule making. This process for rule making has always remained a rather time consuming process. In fact, it would not be entirely wrong to call the process a time devouring one, and would be to say in the least!

Peter Bell, the CEO and President of the National Reverse Mortgage Lenders Association, has said in a statement that this was a “major step” which is now done with while “one more” step is left to be done. The statement was made by the CEO and President of the Association under a unanimous consent, following the passing of the bill. It is true that the NRMLA has been working since really long in order to get a law such as this passed. The advocates of the industry have also been working for quite long in order to have the legislation passed. As the bill turns into law, it would be more like fruition after a struggle that has lasted for really long.

The changes and alterations that have been talked about by HUD border on such subjects as limiting the amounts that the borrowers can draw and such regulations as are mandatory in their application to insurance as well as tax payments. The changes should also include the financial assessment of the borrowers.

You all definitely know that I am an advocate and my field is reverse mortgage and I have gone quite deep into the subject. I feel that reverse mortgage education should not only be imparted to the consumers but also to all the politicians of Washington.

There is an evolution of reverse mortgage that is going because it is undergoing a great change from being a “product” of the “last resort” based on needs to become an option that is much more viable serving a comprehensive and an all encompassing retirement plan.