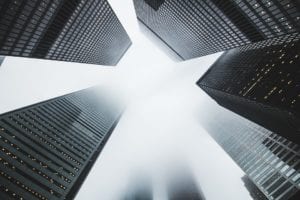 In 2018 it will be exactly 10 years since the bankruptcy of Lehman Brothers, which sparked the outbreak of the largest post-war global financial and economic crisis, which was the aftermath of a bubble burst on the US real estate market. On the occasion of the round anniversary of this event, the subject of the likelihood of repeating the history of the previous decade is gaining momentum.

Housing market in the United States. Is there a risk of another bubble and a repetition of the crisis from a decade ago?

The real estate market has remained the most sensitive link in the world’s largest economy for decades. Extremely eloquent and dramatic confirmation of this state of affairs was the eruption of the global financial crisis in the end of 2008, whose historical hallmark is the bankruptcy of Lehman Brothers, a global giant of investment banking.

It is therefore hardly surprising that S & P / Case-Shiller, an index describing changes in house prices in the US, is starting to get more and more excited. In December 2016, its value exceeded the level of “hills” from July 2006, the peak point of the price bubble on the US real estate market. What’s more, the index continues to grow at its best, and its dynamics calculated year-on-year reached in September 2017 a value of 6.2%.

Can such statistics be considered sufficient proof of creating another price bubble within the United States housing?

The increase in home prices in the US should primarily be related to inflationary factors. In the past half century, housing prices have risen nominally in the United States almost fifteen times without experiencing any dramatic crashes on the way. On the other hand, inflation calculated only from the 2006 price hike has already reached nearly 20 percent, so that the real price level is currently about one-fifth lower. Thus, the subsequent historical peaks of S & P / Case-Shiller are more a result of the weakness of the American currency than the result of the strength of the upward trend in prices of American homes.

Thus, many indications are that the collapse of 2007-2012 was something of a natural, though dynamic and indispensable correction of the declining price growth of American homes. Its dramatic course resulted from a mixture of several explosive factors that simultaneously affected the condition of the market situation. This is the complete failure of the extremely liberal and irresponsible policy of banks, assuming the mass distribution of high-risk mortgage loans, correlated with the catastrophic effect of domino speculation on financial instruments based on these loans.

Currently, the situation in the US real estate market has nothing to do with the pre-crisis situation. Today, loans for the purchase of real estate are granted by banks only to persons with the required own contribution and adequate creditworthiness, and after the old policy of “free American” in mortgages there is not even a trace. On the other hand, the FED’s monetary policy is much more cautious, which means that leaving the age of historically low interest rates is carried out in a hasty manner, with virtually no appreciable effect on the mortgage market.

On the other hand, just over six percent of the growth rate of US house prices still seems relatively safe, at least when compared to the average annual growth of 2000-2006, which then was well over 10 percent.

Nevertheless, there is no doubt that in a few years’ perspective, the American real estate market is facing a turning point resulting in a slowdown in economic conditions and a seasonal drop in the prices of their homes.